This article was provided by Training and Conditioning
By Antonio Squillante, CSCS 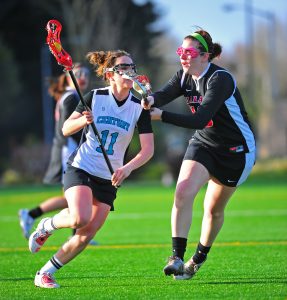 Performance in sports depends on the proper combination of skill, ability, and talent. As an athlete acquires the skills needed to compete, he or she becomes competent, but not yet competitive. In order to become competitive, athletes need to develop their physical qualities–a broad spectrum of attributes such as strength, speed, endurance, and flexibility as well as general and special coordination.

A well-rounded, experienced athletes will, eventually, be competitive as he or she progresses from general to special training, and from special to sport specific training. To a certain extent, however, gross motor skills can affect the ability to improve performance–to execute basic motor tasks in such a way that can be considered efficient and effective.

Skill, as it has been shown so far, significantly increases the overall efficiency of the training process. However, lack of strength, speed, and endurance as well as lack of flexibility can also affect the ability to learn new motor skills. This will potentially hinder the ability to compete in sport.

At any given stage of the training process, especially when working with young athletes or beginners, it is therefore necessary to progress through the different stages of learning in the correct way. Here are three of the most important progressions to keep in mind:

Linear Movements before Rotational Movements: The CNS will eventually learn new movements based on a trial-and–error approach. Successful attempts will promote the development of a proficient motor pattern. Repetition of proficient motor patterns will create efficient (low energy cost, maximize outcome for any given income in terms of energy available) motor pattern, ultimately achieving the perfect balance between timing, relative force, and sequence of moments needed to complete a given task.

In order to promote a positive learning experience, linear movements should be learned and mastered before any rotational component is added to the equation. Linear displacement will create a situation of mechanical advantage, decreasing momentum and promoting economy of movement.

Deceleration before Acceleration: Once the proper timing and coordination needed to perform basic tasks such as sprinting, throwing, jumping, and landing is learned and mastered in the three planes of motion, the coupling mechanism involved in the process of absorbing and producing force needs to be implemented. On earth, gravity reigns supreme. The CNS needs to develop the proper level of synchronization with the muscle-skeleton system (muscle recruitment, mostly based on voluntary effort but also neurological reflexes) to withstand gravity as an additional constrains, limiting the ability to move and perform in space.

More importantly, the neuromuscular system needs to learn how to take advantage of gravity to store and produce more energy that what it could possibly generate with the sole, voluntary muscle contraction. Learning how to master the stretch-shortening cycle (SSC) is therefore necessary: active, dampening mechanics needs to be mastered to efficiently store elastic energy and increase power output in any given motor tasks. The ability to decelerate, in both linear and rotational movements, is a skill that needs to be acquired in order to efficiently transfer energy from the ground up.

Power Production before Power Transfer: Power, which is the combination of force and speed, acts upon the human body according to the third law of Newton, action-reaction. For any given force acting upon the human body, there is an equal force that acts upon the environment of equal intensity but opposite direction. This force, in sports, is often considered as the ground force reaction. The balance between power produced by the athlete and ground force reaction ultimately determines the outcome of the movement.

It is therefore important that the athlete learns how to produce power, managing two variables named strength and speed, in order to learn how to transfer power from the ground to the environment. Rotational movements can then be implemented, as the athlete learn how to counteract forces acting upon any given joint in rotational-based movements.

Muscles, tendons, joints and ligaments will progressively improve as a consequence of a well-planned periodization of the training load across the season. Strength, power, and endurance will create the functional work capacity needed to compete. Skills will improve the athlete’s exploitation capability, further improving performance. These three basic principles will help to ease the transition between general and special strength training exercises, and from special strength training exercises to sport specific training reinforcing positive transfer of training.

This article was originally published on the website of Elite Sports University (ESU) and is being used with permission from the organization. ESU is an online university that offers the latest scientific courses on strength and conditioning, speed agility, nutrition, and specialty classes for tactical coaches, LTAD, and personal trainers. ESU classes can be taken to fulfill CEU requirements, college credits, or to improve your knowledge base. More information is at: elitesportsuniversity.com.