Chris Beardsley  graduated from Durham University with a Masters Degree in 2001. He since contributed to the fields of sports science and sports medicine by working alongside researchers from Team GB boxing, the School of Sport and Recreation at Auckland University of Technology, the Faculty of Sport at the University of Ljubljana, the Department of Sport at Staffordshire University, and the College of Health Solutions at Arizona State University. He is also a Director at Strength and Conditioning Research Limited

Since strength training was first studied as a method for preparing strength and power athletes for competition, it has been recognized that peak force takes some time to reach.

And yet some athletic movements are completed in just 100 – 150ms. 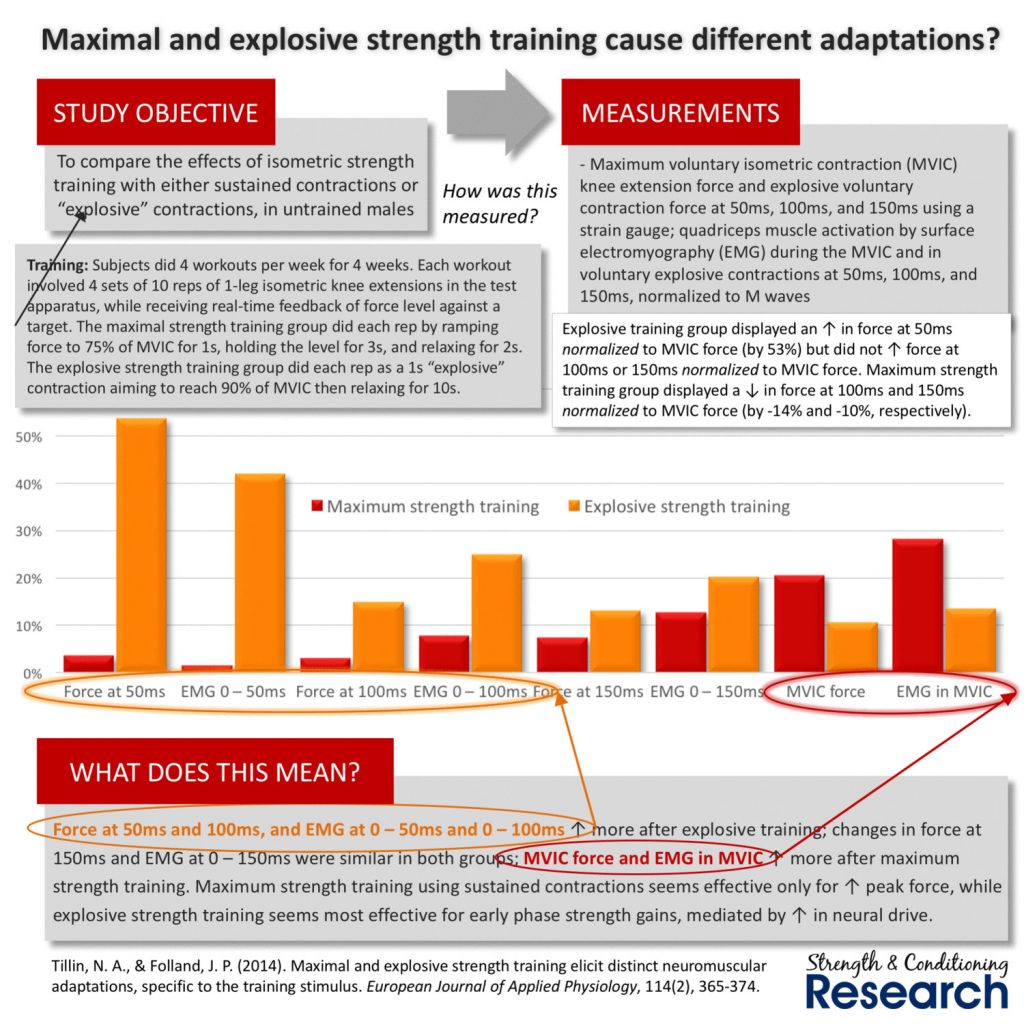 Why do these different adaptations happen?

Neural adaptations after explosive isometric strength training are likely responsible for increasing force production in the early phase of the contraction. We can see this because:

1️⃣ The ratio of voluntary-to-involuntary force at the first time point (50ms) increases substantially after explosive isometric training; and 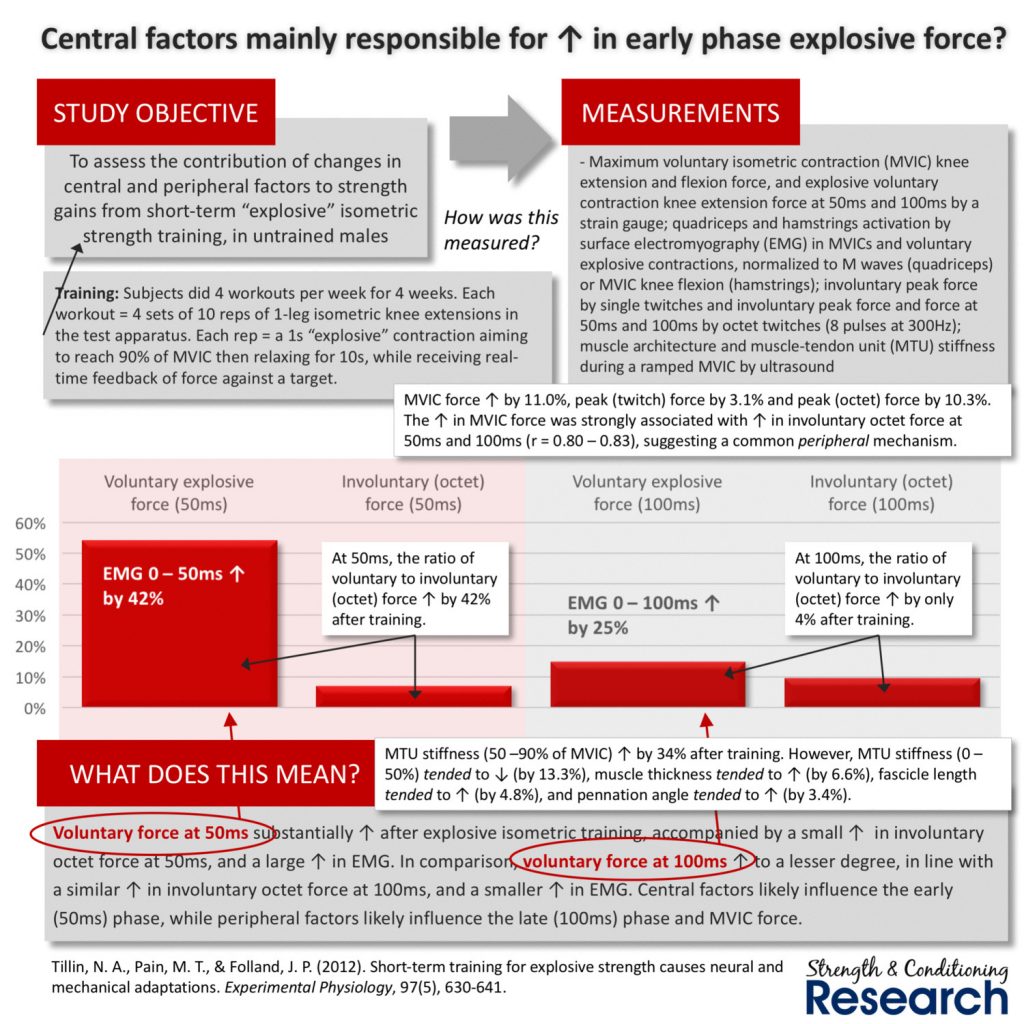 Importantly for strength coaches working with athletes, the ability to produce isometric force in the early time windows is related to sprinting ability.

Sprinting is an athletic movement that is well-known to involve very short ground contact times of just 100 – 150ms.

It is therefore not surprising that the ability to produce force more quickly during the first half of these ground contact phases is a key determinant of sprinting ability, even over quite short distances. 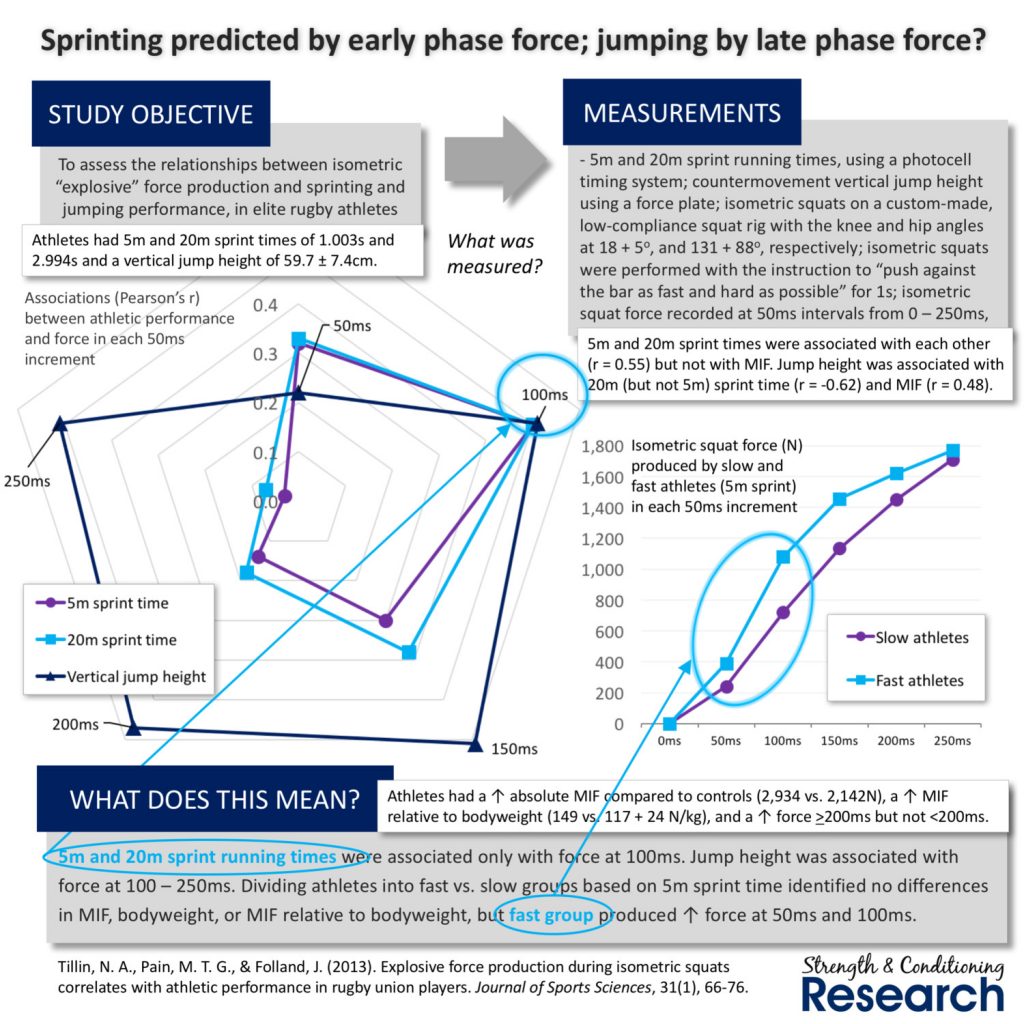 On the other hand, vertical jumping ability is more closely related to force in the later phases of a contraction. Again, this makes sense, as countermovement jumps typically take 500ms for the eccentric phase and 300ms for the concentric phase.

Although these studies all involve isometric contractions, the wider literature (particularly in relation to the adaptations produced in rate coding by ballistic training) makes it clear that the findings can be extrapolated to dynamic training.