Chris Beardsley (Google Scholar, ResearchGate) graduated from Durham University with a Masters Degree in 2001. He since contributed to the fields of sports science and sports medicine by working alongside researchers from Team GB boxing, the School of Sport and Recreation at Auckland University of Technology, the Faculty of Sport at the University of Ljubljana, the Department of Sport at Staffordshire University, and the College of Health Solutions at Arizona State University.

Although it is the largest muscle in the body, the gluteus maximus has historically not been a major focus of strength training research.

However, there are a number of electromyography (EMG) studies that help us understand how it can be developed most effectively.

Firstly, gluteus maximus EMG amplitude is reduced during isometric hip extension when the hip is flexed, compared to when it is fully extended. 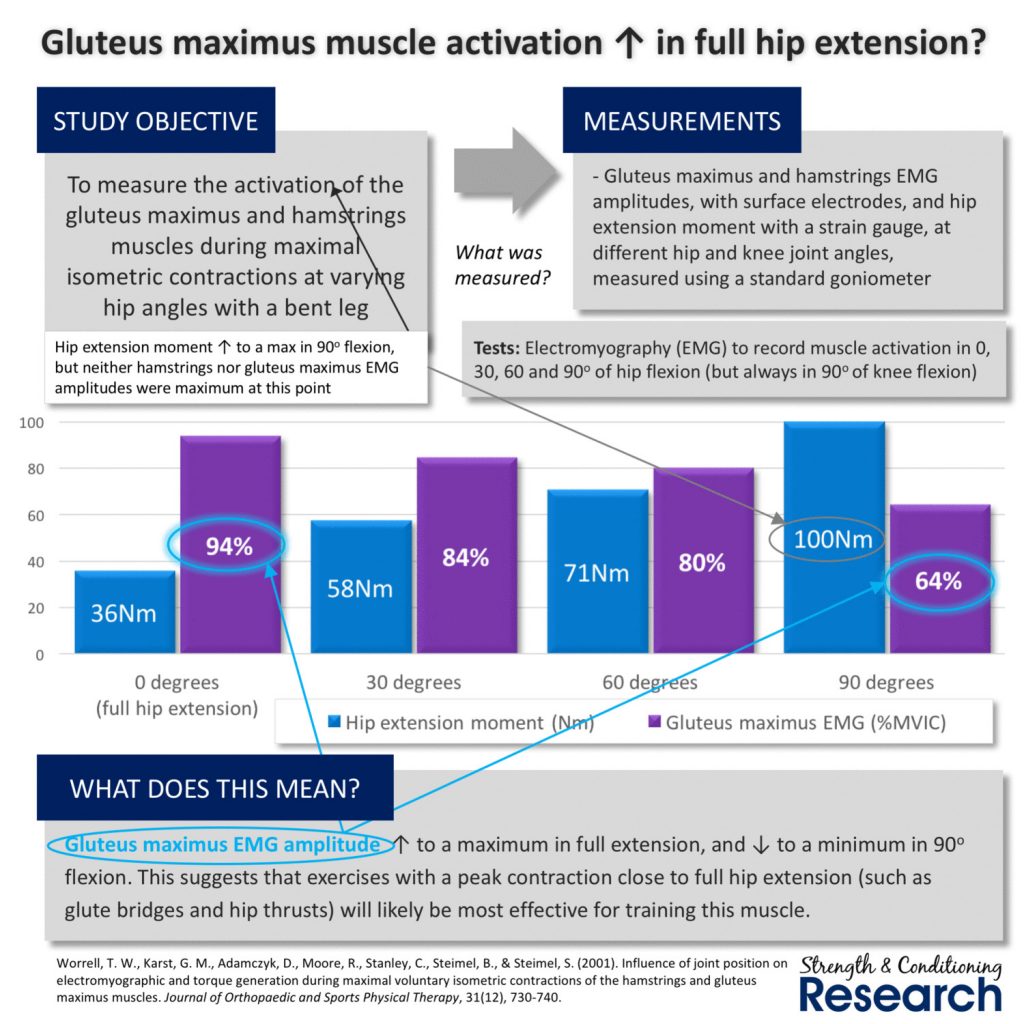 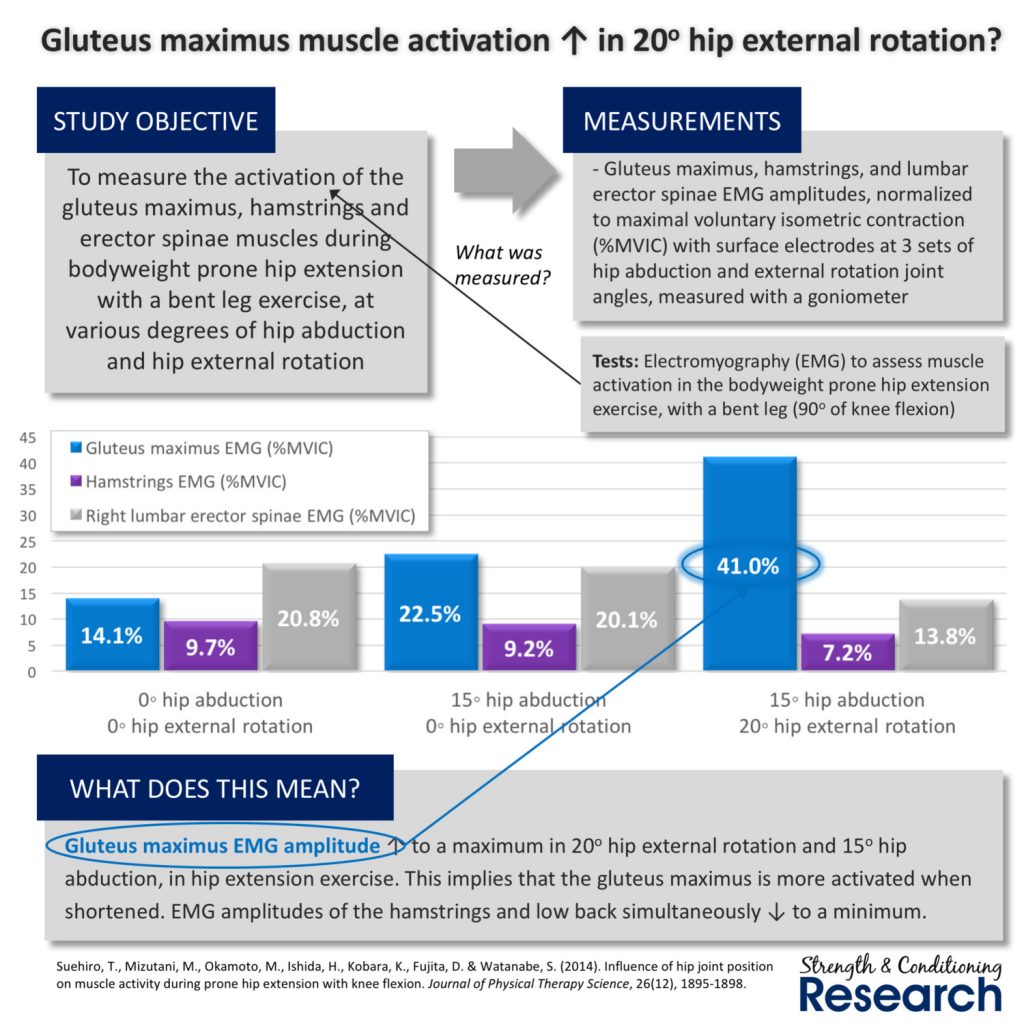 Taken together, these finding indicate that the gluteus maximus is more strongly activated when it is shortened (full hip extension, abduction, and external rotation) than when it is lengthened.

Thirdly, gluteus maximus EMG amplitude is greater when the knee is flexed to 90 degrees, compared to when the knee is fully extended. This is probably because a straight leg leads to more hamstrings involvement in hip extension. 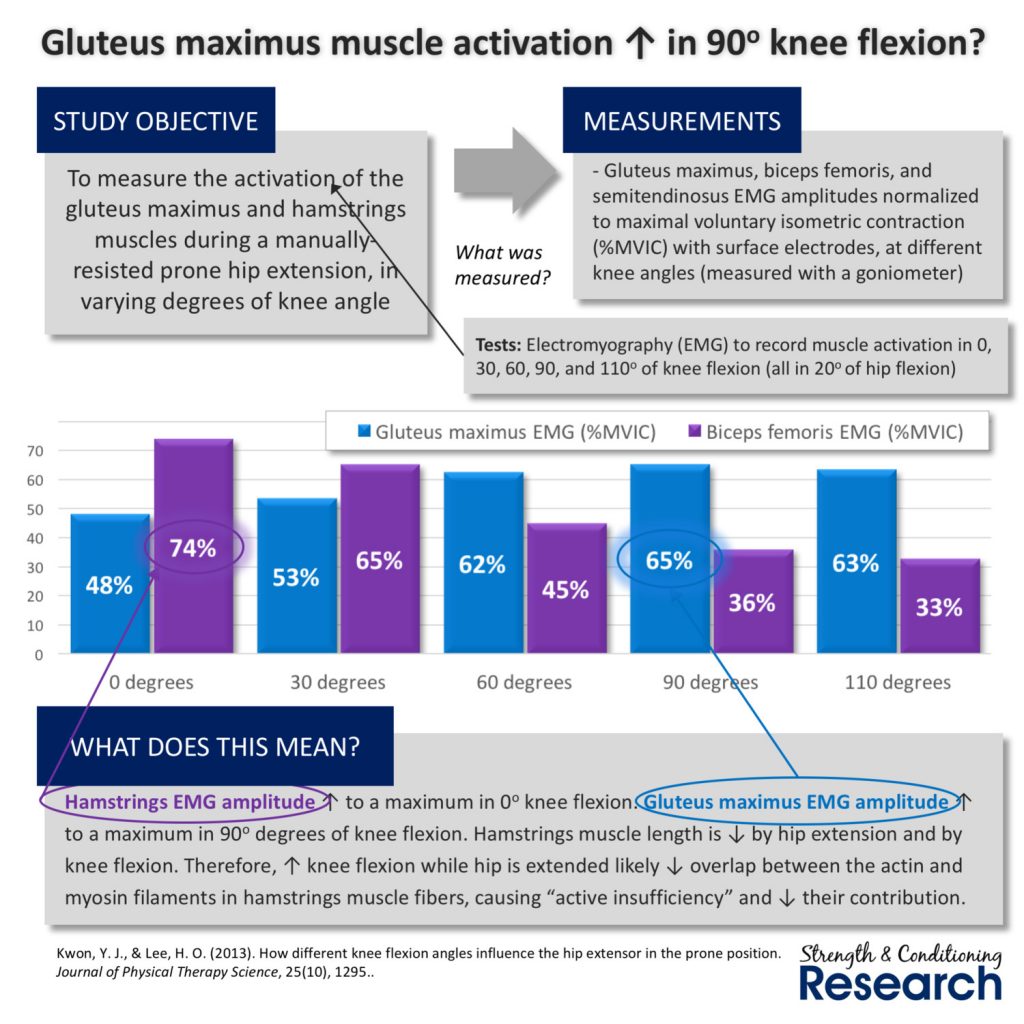 What do these studies mean?

In summary, it seems likely that the best position for producing maximum tension in the gluteus maximus is full hip extension and 90 degrees of knee flexion. This is where the gluteus maximus muscle is shortest, and also where hamstrings involvement is least.

Unsurprisingly, this is the exact position used for manual muscle strength testing.

In addition, it is the top position of the hip thrust exercise, which probably explains why this lift is so effective for glute training.